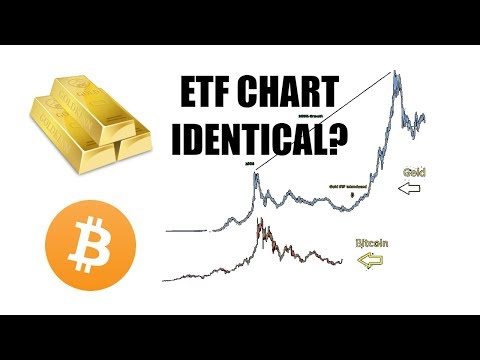 The Great Bitcoin Bull Market Of 2017 by Trace Mayer

By: Trace Mayer, host of The Bitcoin Knowledge Podcast.
Originally posted here with images and Youtube videos.
I just got back from a two week vacation without Internet as I was scouring some archeological ruins. I hardly thought about Bitcoin at all because there were so many other interesting things and it would be there when I got back.
Jimmy Song suggested I do an article on the current state of Bitcoin. A great suggestion but he is really smart (he worked on Armory after all!) so I better be thorough and accurate!
Therefore, this article will be pretty lengthy and meticulous.
BACKGROUND
As I completely expected, the 2X movement from the New York Agreement that was supposed to happen during the middle of my vacation flopped on its face because Jeff Garzik was driving the clown car with passengers willfully inside like Coinbase, Blockchain.info, Bitgo and Xapo and there were here massive bugS and in the code and miners like Bitmain did not want to allocate $150-350m to get it over the difficulty adjustments.
I am very disappointed in their lack of integrity with putting their money where their mouths are; myself and many others wanted to sell a lot of B2X for BTC!
On 7 December 2015, with Bitcoin trading at US$388.40, I wrote The Rise of the Fourth Great Bitcoin Bubble. On 4 December 2016, with Bitcoin trading at US$762.97, I did this interview:

As of 26 November 2017, Bitcoin is trading around US$9,250.00. That is an increase of about 2,400% since I wrote the article prognosticating this fourth great Bitcoin bull market. I sure like being right, like usual (19 Dec 2011, 1 Jul 2013), especially when there are financial and economic consequences.
With such massive gains in such a short period of time the speculative question becomes: Buy, Hold or Sell?
FUNDAMENTALS
Bitcoin is the decentralized censorship-resistant Internet Protocol for transferring value over a communications channel.
The Bitcoin network can use traditional Internet infrastructure. However, it is even more resilient because it has custom infrastructure including, thanks to Bitcoin Core developer Matt Corrallo, the FIBRE network and, thanks to Blockstream, satellites which reduce the cost of running a full-node anywhere in the world to essentially nothing in terms of money or privacy. Transactions can be cheaply broadcast via SMS messages.
SECURITY
The Bitcoin network has a difficulty of 1,347,001,430,559 which suggests about 9,642,211 TH/s of custom ASIC hardware deployed.
At a retail price of approximately US$105/THs that implies about $650m of custom ASIC hardware deployed (35% discount applied).
This custom hardware consumes approximately 30 TWh per year. That could power about 2.8m US households or the entire country of Morocco which has a population of 33.85m.
This Bitcoin mining generates approximately 12.5 bitcoins every 10 minutes or approximately 1,800 per day worth approximately US$16,650,000.
Bitcoin currently has a market capitalization greater than $150B which puts it solidly in the top-30 of M1 money stock countries and a 200 day moving average of about $65B which is increasing about $500m per day.
Average daily volumes for Bitcoin is around US$5B. That means multi-million dollar positions can be moved into and out of very easily with minimal slippage.
When my friend Andreas Antonopolous was unable to give his talk at a CRYPSA event I was invited to fill in and delivered this presentation, impromptu, on the Seven Network Effects of Bitcoin.
These seven network effects of Bitcoin are (1) Speculation, (2) Merchants, (3) Consumers, (4) Security [miners], (5) Developers, (6) Financialization and (7) Settlement Currency are all taking root at the same time and in an incredibly intertwined way.
With only the first network effect starting to take significant root; Bitcoin is no longer a little experiment of magic Internet money anymore. Bitcoin is monster growing at a tremendous rate!!

When you send Bitcoin to someone else, you pay a fee for the transaction. Fees have not always been and won't always be as high as today, let me break this down for you.

You can think of the Bitcoin system as having a "transaction pipe". As more and more people use Bitcoin, the "transaction pipe" becomes too small to handle efficiently all the transactions that are being made. Bitcoin must be upgraded to smoothly support more people using it. This is one of the biggest technical challenges that Bitcoin is facing, known as "scaling".
Watch this talk from Andreas Antonopoulos to know more about scaling.

Fees are a priority indicator : a transaction with a higher fee will be confirmed faster. If you need to make an urgent transaction, set a high fee so it'll be confirmed very soon. If you don't really care when the money will be sent, you can set a lower fee. If the fee is too low, the transaction may be cancelled after a while and you'll have to make it again.
There are fee estimators like this one to help us know how high should be the fee when we make a Bitcoin transaction.


3. Why are fees increasing so much right now ?

When the Bitcoin "transaction pipe" is big enough, fees are very low. When it's too small as right now, they increase. This is totally normal, it's following the supply and demand law. Right now, Bitcoin is facing scaling issues which means the pipe is too small, so fees are high. According to Trace Mayer, this is an indicator that Bitcoin is in good health: people are OK to pay higher fees to use Bitcoin so that means they trust it.

As we've seen, lowering fees will require to upgrade the Bitcoin "transaction pipe" to tackle scaling issues. Bitcoin developers are working hard on this, and they already found some solutions.
So yes, fees will go down.

Answering this requires to take a quick look at some solutions Bitcoin developers found for scaling issues. Don't worry, I won't go into technical details, this is just a quick overview.

SegWit is a Bitcoin upgrade which is already available. With SegWit, fees are expected to go down around 30-60%. Today it's not very easy to make a SegWit transaction yet, because not many people have updated their Bitcoin software. Fees will go down when they do so, this will most likely be done gradually. Some charts about SegWit are available here. SegWit is also the basis for bigger upgrades, like the Lightning Network.
More information about SegWit in this video - writeup here

The Bitcoin "transaction pipe" can also be made bigger by simply increasing the block size. Bitcoin developers did not choose this solution because they think it has dangerous drawbacks. Some people wanted to do this anyway, so they created "Bitcoin Cash" (BCH) which is a hard fork, meaning today it's a different currency than Bitcoin (BTC). BCH currently has lower fees than BTC.
My advice : don't rush picking a side or another, please read more about it. Build up your own knowledge, don't let others decide for you. And remember there is absolutely no need for turning this into a crypto-war. I am always sad to see people insulting each other because of this.
You can start by taking a look to these resources but please don't limit yourself to them : This talk about block size increase, this article, and this one.
The next sections only refer to Bitcoin (BTC), not "Bitcoin Cash" (BCH) as it is a different currency.

This is a great update for Bitcoin. It will decrease fees by 2 different ways : by increasing the pipe's size by around 25%, and by stopping spam attacks. Spam attacks are kind of "fake transactions" done by some people who want to increase fees. For this, they deliberately fill the pipe up to congest it. Schnorr signatures will most likely come in 2018.
Read more about them here.

One of the most awaited feature is called the "Ligthning Network". It is expected to GREATLY reduce the fees, maybe by 90%. The Lightning Network is currently under development and it is expected to come in 2018 as well. This will be big.
In this video, Andreas Antonopoulos explains how LN works, I recommend watching it.

More exciting features (MAST, Sidechains) will come and help scaling Bitcoin up. We'll hear more about them in the future.
So transaction fees should decrease significantly in 2018, when Bitcoin is upgraded with all of this.

If you just want to buy and hodl, you don't care much about fees. If you want to buy things with Bitcoin, then be careful while the fees are up. Don't use Bitcoin to buy cheap things (a few USD) for now, you'll end up paying more fees than the price of whatever you're buying. When making transactions, pay attention to fees. Use estimators to choose your fee depending on how hurried you are to see the transaction confirmed and how much you're ready to pay for it.
_
TLDR: Fees are high because lots of people use Bitcoin. They will decrease in 2018 because Bitcoin will be upgraded. In the meantime, be careful how much you pay for your transactions.

Bitcoin is moving closer to a breakout, but first, consolidation will take precedence. Ethereum holds above $380 before a massive price action comes into the picture. Ripple bounces off the hurdle ... asic bitcoin miner wikipedia - View Bitmain's Range Of Asic Bitcoin Miners And Buy Online With Bitcoin - The Bitcoin.com mining pool has the lowest share reject rate (0.15%) we've ever seen. Other pools have over 0.30% rejected shares. Furthermore, the Bitcoin.com pool has a super responsive and reliable support team. The driver behind this rally will be wider adoption, McGlone added while pointing to historical price charts for an explanation. "Bitcoin is unique in that supply cannot be influenced by price, leaving adoption as a primary valuation metric," he said in the October update. "Since initially reaching $10,000 in 2017, the benchmark crypto corrected about 70% and remains in an extended period of ... Bitcoincharts is the world's leading provider for financial and technical data related to the Bitcoin network. It provides news, markets, price charts and more. On the best performing asset this year, Grummes maintains that it will be bitcoin. “While we’ve been experiencing quantitative easing in the fiat money systems in the last 20 years like crazy, bitcoin, this year, went through quantitative hardening through halving. People need to understand the new phenomenon which is digital scarcity ...