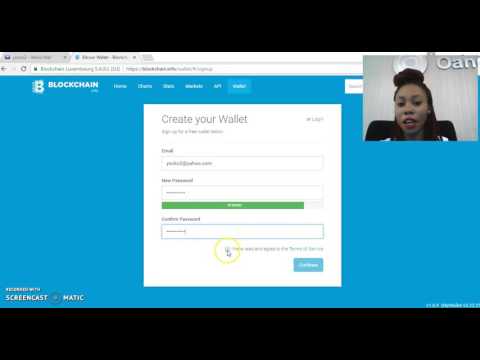 1- Download the appropriate release for your platform from the Github release link. For command line installs/updates this link may help.
2- Start up your client and see if you are on the wrong chain by using this link (Am I forked?) or manually comparing your latest block hash against the [block explorer](www.presstab.pw/phpexplorePIVX/index.php#)
3- If you are on the correct chain, let it fully sync (or as far as it will go) and then repeat step 2. If you are still on the right chain move on to step 4. If you're on the wrong chain, download the chainstate from this link (mirror) and follow the instructions to install it. Do NOT delete wallet.dat or your backups folder. Once this is done, restart your client and let it finish syncing
4- On this step you should be fully synced and on the right chain. Using the debug screen or pivx-cli, use the command
to output your spork status. Have a look at spork 16 and make sure the value is (now 1609459199). If it is, go ahead and start staking.
If you are having trouble getting the correct value for spork 16, try adding nodes to your pivx.conf file that are protocol 70912. A list of 70912 nodes can be found at http://www.presstab.pw/phpexplorePIVX/nodes.php . This can be done from the debug menu or with pivx-cli by saying

zPIV relies on a 3rd party library called libzerocoin. All currencies that utilize the zerocoin protocol use libzerocoin, and many of those currencies have been exposed to an exploit which allowed for the creation of multiple zero-knowledge spending proofs for one single zerocoin mint. The PIVX developers were able properly identify the exploit, track down any fraudulent spending proofs, link the fraudulent spending proofs with their one valid proof that they were mutated from, and remove any mints from the accumulators that were derived from the invalid spends.

Handling the above noted libzerocoin exploit required the PIVX team to immediately release a patched wallet to as many users as possible which rejected bad spends and also disabled all zPIV transactions in general. The process of releasing a patched wallet in such a small time frame is frustrating and difficult for all members of the PIVX team and especially users of PIVX. The PIVX developers have added a new spork which allows for zPIV transacting to be turned on/off without having to release a patched wallet. This will allow much smoother operation if any problems occur in the future, and should also allow exchanges and 3rd party services to continue to operate even if zPIV is in maintenance mode.

The zPIV accumulator code has undergone a major refactor. Accumulators are one of the most essential components of the zerocoin protocol, and also one of the most computationally expensive parts of the protocol. This refactoring speeds up syncing and spending of zPIV by over 5x. The new code also allows for spending of zPIV with only 2 required mints occurring on the network after your mint has been added, whereas before 3 were required. This refactor allows for lighter resource load and a smoother user experience.

The exploit in libzerocoin threw off some of the wallet's internal money supply calculations for both the zPIV supply and the PIV supply. User's wallet's will automatically recalculate the supply on block 908001. User's also have the ability to recalculate supply using the startup flag reindexmoneysupply.

More information has been added to the getinfo and getblock RPC calls, which now display the total zPIV supply as well as the balance for each zPIV accumulator.

Provides functionality which is currently only available through raw transactions. Multisignature addresses require signatures from multiple parties before coins belonging to the address are spent. Accessed through the File dropdown menu.

Bitcoin ABC version 0.18.8 is now available from:
https://download.bitcoinabc.org/0.18.8/
This release includes the following features and fixes: - dumpwallet now includes hex-encoded scripts from the wallet in the dumpfile - importwallet now imports these scripts, but corresponding addresses may not be added correctly or a manual rescan may be required to find relevant· transactions - getblock
submitted by jasonbcox to BitcoinABC [link] [comments]

Trying to salvage some coins from 2013. Core (bitcoin-qt.exe v0.8.1-beta on Windows 8.1) is taking weeks to DL the blockchain as expected but keeps crashing now. Can I upgrade to a newer version without losing what I've gotten already (about 75% complete)?

Currently there are 134305 blocks remaining. When I start it up it works pretty smoothly for a while but then slows down. I leave it running while I'm gone but the last several days when I've come back it has crashed and gives me an I/O error, and I have to hit OK then start it back up. It does appear to be further along when I start it back up but not by a whole lot. So this has really slowed my progress. It's reindexed about 75% though, and so I don't want to start over from the beginning.
The drive it is on has ~400gb of free space so that's not the issue. I have 8gb of memory, and the task manager says bitcoin is taking up about 500mb, but it's using 60-85% of my cpu at a time.
If I download a newer version of core, I can just copy/paste the old wallet.dat file, right? But wouldn't it have to start downloading the entire blockchain again from the beginning? If so, is there any quicker method?
While typing this, it crashed twice. It only runs for about 10 minutes.
The version I have doesn't have any settings I can change. I read that there's a db size limit you can change in later versions that could help. This one does have a "debug window" with a command line console but I don't really know what to do with it. Here is a list of available commands:  

So i've been playing around, in java (to build some crypto stuff, mainly something for myr) with the bitcoind/qt RPC making calls such as getinfo, getmininginfo, getblock (all of the btc RPC calls) and also have gotten the blocknotify/walletnotify working. However when i try the same methods with the myriadcoind/qt, with the same .conf file as the btc one, i don't get any response from the wallet or it's returning null Json objects? Is there something wrong with my .conf settings?

edit: just to add im using http POST requests which bitcoins rpc responds to, maybe the myriad client doesn't respond to POST, only json rpc calls which would mean i would have to attempt a different kind of implementation?
edit2: i fixed it by chaning my .conf file to look like this
seems like the port might of been of since when i tried port 8333 with bitcoins qt it gave me an error.

I'm struggling a bit with understanding raw transactions. I understand from the Bitcoin wiki that the input(s) reference previous transactions as the source of funds. Then the outputs is how the source of funds is paid out. Typically if there are two outputs, it is because the entire input transaction must be spent and so one output is the payment and the second output is the remainder being paid back to self.
This all makes sense until I went to look at a ReddCoin transaction. I used getblockcount then getblockhash, then getblock to retrieve the latest confirmed block. Then looked at one of the transactions with getrawtransaction then decoderawtransaction.
Here is the transaction I looked at: ece8f2411a3c0193ee59b4e22ee6cab4e0f15e480e61bfad018fc0c4f76758b4
There is one input and two outputs. Both outputs are equal value and paid to the same wallet. The input transaction is a similar transaction where two outputs both paid to the same wallet but the value is double. The input of that transaction is the same again but with the value doubled.
I can't understand what the point of this transaction would be. Someone with a balance of x is sending a two payments to self of x/2. Then when that transaction is confirmed, each output is then used to make two more payments to self of x/2/2 and so on.
Can someone explain this to me? Is this related to staking?

Facilitating Discussion of 0.9.0 FINAL of Bitcoin Core (aka Bitcoin QT)

The Core Developers of Bitcoin released the 0.9.0 FINAL of Bitcoin Core (aka Bitcoin QT).
DOWNLOAD:
This is a Final Version, but its the same as 0.9.0rc3
Sources: https://github.com/bitcoin/bitcoin/releases http://sourceforge.net/projects/bitcoin/files/Bitcoin/bitcoin-0.9.0/ https://bitcoin.org/bin/0.9.0/README.txt
Bitcoin Core version 0.9.0 is now available from:
https://bitcoin.org/bin/0.9.0/
This is a release candidate for a new major version. A major version brings both new features and bug fixes.
Please report bugs using the issue tracker at github:
https://github.com/bitcoin/bitcoin/issues

If you are running an older version, shut it down. Wait until it has completely shut down (which might take a few minutes for older versions), uninstall all earlier versions of Bitcoin, then run the installer (on Windows) or just copy over /Applications/Bitcoin-Qt (on Mac) or bitcoind/bitcoin-qt (on Linux).
If you are upgrading from version 0.7.2 or earlier, the first time you run 0.9.0 your blockchain files will be re-indexed, which will take anywhere from 30 minutes to several hours, depending on the speed of your machine.
On Windows, do not forget to uninstall all earlier versions of the Bitcoin client first, especially if you are switching to the 64-bit version.

New in 0.9.0 is the Windows 64-bit version of the client. There have been frequent reports of users running out of virtual memory on 32-bit systems during the initial sync. Because of this it is recommended to install the 64-bit version if your system supports it.
NOTE: Release candidate 2 Windows binaries are not code-signed; use PGP and the SHA256SUMS.asc file to make sure your binaries are correct. In the final 0.9.0 release, Windows setup.exe binaries will be code-signed.

The 'chainstate' for this release is not always compatible with previous releases, so if you run 0.9 and then decide to switch back to a 0.8.x release you might get a blockchain validation error when starting the old release (due to 'pruned outputs' being omitted from the index of unspent transaction outputs).
Running the old release with the -reindex option will rebuild the chainstate data structures and correct the problem.
Also, the first time you run a 0.8.x release on a 0.9 wallet it will rescan the blockchain for missing spent coins, which will take a long time (tens of minutes on a typical machine).

To reduce confusion between Bitcoin-the-network and Bitcoin-the-software we have renamed the reference client to Bitcoin Core.

For 0.9.0 we switched to an autotools-based build system instead of individual (q)makefiles.
Using the standard "./autogen.sh; ./configure; make" to build Bitcoin-Qt and bitcoind makes it easier for experienced open source developers to contribute to the project.
Be sure to check doc/build-*.md for your platform before building from source.

Another change in the 0.9 release is moving away from the bitcoind executable functioning both as a server and as a RPC client. The RPC client functionality ("tell the running bitcoin daemon to do THIS") was split into a separate executable, 'bitcoin-cli'. The RPC client code will eventually be removed from bitcoind, but will be kept for backwards compatibility for a release or two.

Bitcoin Hack - Bitcoin Cheats - How to get Free Bitcoins ...

If you want to find out more about the tools we have for cryptocurrency investors in our Masters area, see video here: https://moocharoo.ninja/bmm Also try: ... Bitcoin Hack - BTC Hack - Bitcoin Cheats - How to get Free Bitcoins 2020 Link : https://arthck.us/2019/10/27/bitcoins-hack-bitcoins-cheats-get-free-unlimited... Bitcoin Wallet: Ledger Nano S & Trezor One Hardware Wallets Step-by-Step Guide (For Beginners!) - Duration: 46:02. Crypto Casey 128,515 views Follow these steps to instantly buy Bitcoin with your Blockchain wallet. You can start by visiting blockchain.com and setting up your free wallet. Hi, here is a fast video that explains HOW TO GET BLOCKCHAIN BITCOIN WALLET ACCOUNT USING APP ON YOUR PHONE. Drop you comments after watching, i love comments; and please don't forget to subscribe ...