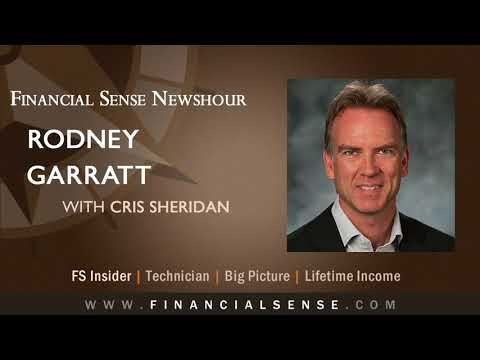 Bank of International Settlements: Bitcoin could shrink the share of banks in European finance

From the central bank of central banks, the BIS: http://www.bis.org/review/r131203g.htm
"The growth of nonbank finance in Europe to close the gap may be flavoured and facilitated by some recent financial technological trends, already observed in the US and elsewhere. For example, what is the long-term potential of innovations such as internet-based equity crowd-funding and peer-to-peer lending? How much evolutionary growth will there be in lending by collective investment schemes, trusts and unincorporated financial vehicles and how will they impact the role of banks? And I suppose one cannot mention technological change without at least alluding to Bitcoin. Some nascent developments will surely fizzle out, but others may not. All raise controversial and complex regulatory issues which need further study. But these and other trends could serve to shrink the share of banks in European finance."

The Security Trilemma and the Future of Bitcoin - by Raphael Auer, Bank of International Settlements

There are two links by Raphael Auer, an article in Coindesk:
https://www.coindesk.com/the-halving-exposes-bitcoin-to-51-attacks-heres-what-we-can-do
and a paper: Beyond the doomsday economics of “proof-of-work” in cryptocurrencies https://www.bis.org/publ/work765.pdf
There is one mention of Monero in the paper:


What is the economic potential of this new means of exchange? This paper analyses the underlying economics of how Bitcoin achieves payment finality, ie how it seeks to make a payment unalterable once included in the blockchain, so that it can be considered as irrevocable. It then discusses the future of this type of cryptocurrency in general. The focus lies on the technical elements underlying Bitcoin and its blockchain, as devised by Nakamoto (2008). But its conclusions extend to cryptocurrencies that are slightly modified clones of Bitcoin (eg Bitcoin Cash, Bitcoin SV, or Litecoin) or digital tokens that, so far at least, share the crucial reliance on proof-of-work to underpin their payment finality (eg Ethereum or Monero).


I have a major criticism of the paper: One simply cannot extend the conclusions of this paper from Bitcoin to Monero because Monero has a tail or minimum emission and Bitcoin does not.
This is made abundantly clear from his article.


Bitcoin will either become more centralized---, or its liquidity could dry up, or its supply needs to grow beyond the originally envisioned 21 million coins.


The author is either unaware of the tail emission in Monero or has chosen to ignore it. Of course Monero does stand in the way of


The overall conclusion from this paper is that, at least judging based on current technologies, in the digital age too, good money is likely to remain a social construct rather than a purely technological one: the efficiency of decentralised exchange via proof-of-work exclusively is much lower than would appear at first sight, and alternative technologies still need to demonstrate that they can function without institutional backing.


In other words Monero stands in the way of the conclusion that we still need the banks.
Now before simply dismissing this as a hit piece on Bitcoin and POW cryptocurrency in general as some of the comments in bitcoin imply https://np.reddit.com/Bitcoin/comments/gh1l5g/the_halving_exposes_bitcoin_to_51_attacks_heres/ Raphael Auer, actually makes some very valid points in his analysis of the cost vs reward of a 51% attack on Bitcoin or say Bitcoin Cash as the block reward fall to zero. In fact it actually makes a very strong case for Monero with its tail emission and adaptive blocksize, by pointing out the weaknesses in the Bitcoin "fee market" to replace the bock reward.

Breaking: New report on Stable Coins from the G7 and the Bank of International Settlements claims Bitcoin has failed

Bitcoin has “severe” economic limitations as a means of payment. That’s according to a new working paper (PDF) from the Bank of International Settlements (BIS), the so-called central bank for central banks. Two limitations stem from the method, called proof-of-work, that Bitcoin and many other blockchain networks use to secure their distributed ledgers.
First, as we saw recently in an attack on Ethereum Classic, if someone is able to gain more than half of the mining capacity of a proof-of-work system, they can use it reverse transactions and effectively spend the same bitcoins twice. Called a double-spend attack, the attacker can pull this off by paying them in cryptocurrency before creating an alternative version of the blockchain in which the payment never happens. The deeper a transaction is in the blockchain, the more computing power is needed to create an alternative chain that doesn’t contain that transaction, and the lower the probability that a double spend attack will occur. That’s why merchants who accept Bitcoin as payment must wait for several additional sets of transactions, or blocks, to be added to the chain after the one containing the payment before they release the purchased goods.
But a transaction isn’t truly final, argues Raphael Auer, a BIS economist, until it is so deep in the blockchain that it is in fact impossible for a double-spend attacker to profit. Achieving this, which he calls “economic payment finality,” is extremely expensive to the network.
The second economic limitation pertains to the way the network pays miners to keep it secure. In Bitcoin, a miner who adds a new block to the chain earns a set number of bitcoins, called the “block reward.” They can also earn transaction fees, which individual Bitcoin users propose when they submit new transactions. This income is incentive for miners to act in the interest of the whole network instead of selfishly attempting double-spend attacks. In Bitcoin, however, this will shrink over time, because the system is designed to phase out the block reward. Transaction fees alone won’t be enough to keep the security of the system from deteriorating once this happens, says Auer, meaning that achieving true payment finality will take longer and longer. When the reward reaches zero, it might even take months for a payment to become irreversible, he writes, concluding: “The only fundamental remedy would be to depart from proof-of-work.” (See also: “Bitcoin’s inherent economics could keep it from every being very important”)
Auer notes that making such a substantial change to a cryptocurrency network’s software “would probably require some form of social coordination or institutionalization.” Bitcoin has historically struggled with infighting and gridlock over technical decisions, however. Meanwhile, Ethereum is trying to switch from proof-of-work to an alternative method called proof-of-stake, and its community is realizing how difficult this is from a social perspective.

The Bank of International Settlements is Bitcoin's Arch-Ennemy, the "final boss". They can't both coexist long-term.

The bank of international settlements, the organisation that helped Hitler rape and murder millions of innocent Jewish families is coming after bitcoin. Set aside your differences. This is the real enemy.

Here in this link is all the proof you need - Globalist elite “Bank of International Settlements” do not want the real bitcoin. Time to make your moves Satoshi

Bitcoin Should 'Depart' From Proof-of-Work, Says Bank Of International Settlements

Bitcoin Should 'Depart' From Proof-of-Work, Says Bank Of International Settlements

The future of money and payments. Bank for International Settlements Ripple Connections

Oct 18 – FS Insider speaks with Rod Garratt, a former NY Fed Vice President and Bank for International Settlements technical advisor, on the importance of bitcoin, distributed ledger technology ... Andy Bromberg, Coinlist, cryptocurrency discusses a new report from the Bank for International Settlements that is highly critical of cryptocurrencies. A rising number of central banks are likely to issue their own digital currencies in the next few years, research by the Bank for International Settlements (BIS) showed on Thursday, as interest in ... Hidden Secrets Of Money - Mike Maloney S1 • E8 From Bitcoin To Hedera Hashgraph (Documentary) Hidden Secrets Of Money Episode 8 - Duration: 1:14:26. GoldSilver (w/ Mike Maloney) 1,004,329 views ... Donate Bitcoin to Max: 3DqEnU6dW6bZesrVdThrrQjQKgN7dpY5vv https://tallyco.in/purism Donate Bitcoin to the World Crypto Network: 3NqhJSAikoFiYmZm3ACGzdw9Lr86Z...