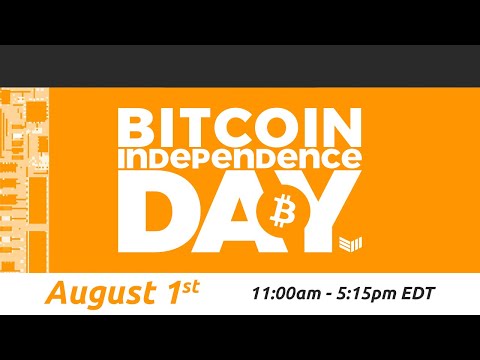 Welcome to this week's community update! Now back from ETHDenver and seeing big adoption among major YouTube channels. Check it out! Thanks to MurphD for his invaluable contributions.

Short interview with Brendan Eich about BAT, Brave and JavaScript /w Panama Crypto
“The Basic Attention Token (BAT) forms the basis of a blockchain-based digital advertising platform. The BAT reconnects users directly to content creators, and reduces ad fraud and improves reporting for advertisers, without compromising user privacy and anonymity. The BAT platform cuts out all the parasitic middlemen in between brands, publishers and users, to make a much more efficient and accountable ecosystem.”
Read the full interview: https://medium.com/@Panama_TJ/brave-short-interview-c02a5b59a877

HowToBasic (10,300,000 subscribers) is now a verified YouTube Creator!
We’re seeing more and more channels come onboard, both large and small. HowToBasic has become famous with its… intriguing videos… now with 10.3 million subscribers!
https://www.reddit.com/BATProject/comments/7zb8hn/howtobasic_is_now_a_verified_youtube_creator_103/

Bart Baker (10 million subscribers) asks his audience to download Brave; video then locked by YouTube
This week, Bart Baker made a video calling out to his audience to support his channel with Brave’s referral program. However, shortly after uploading the video, it was removed by YouTube. Bart, understandably, was very upset with the situation and followed up on Twitter. You can follow the whole situation here:
We wholeheartedly support Bart in his efforts to remonetize his videos and to continue creating the content that makes millions of people laugh around the world. Let’s show him some support. (Also check the #SaveBartBeBrave hashtag on Twitter.)

ETHDenver
The BAT/Brave team made an appearance at ETHDenver last week. It was a great experience and the team was excited to meet with countless fans and members of the community. Jennie, Luke and some cherished BAT community members (special shoutouts to miyayes, dragespir) answered hundreds of questions at the BAT/Brave booth.
The BAT/Brave booth was especially popular; publishers, advertisers as well as users were lining up to speak with the team and learn more. We had many people come and express their love for Brave, as well as newcomers of all kinds!
BAT/Brave also had two hacking teams at the event, (1) one of which created a fun retro game called Vapor (https://devpost.com/software/vapor) while (2) the other implemented an Ethereum wallet into Brave (see above).
Luke participated in a panel on designing cryptoeconomic models, see the video here: link here
Check out this link to see all the videos from ETHDenver: https://www.facebook.com/pg/ETHDenvevideos/


“In this episode, Jonathan walks us through the history of the internet and web browsers. We discuss Brave’s CEO, Brendan Eich, the prolific architect of the JavaScript programming language, and a founder and former CTO of the Mozilla Corporation. This story is compelling and important to the state of the modern web, modern software, and the entire planets intoxication with digital communication.
We dive deeply into web technologies, the digital advertising revolution, internet search, the history of web browsers, an intense appreciation of digital privacy, the future of technology, and digital crypto-currencies like Bitcoin and Basic Attention Token (a foundational component of what the Brave team is working on). We believe Brave Browser and its team are doing something that is both technologically innovative and deeply important for our digitized world.”

Brave Browser Readers Just Gave Us Some Eth – is This Actually Working?
That’s our dashboard, so it’s not much and at current BAT prices … but it is something, and it is free. https://www.trustnodes.com/2018/02/11/brave-browser-readers-just-gave-us-eth-actually-working
The key to massive innovation in crypto
BAT is mentioned on a great article on Hacker Noon.
https://hackernoon.com/cryptocurrency-platforms-the-key-to-disruptive-innovation-ddb5bcf8c5c7
BAT and You; What I learned from the BAT team at ETHDenver
https://www.reddit.com/BATProject/comments/7yz24bat_and_you_what_i_learned_from_the_bat_team_at/
What’s Brave, YouTubers’ new favorite browser?
Brave is an open-source web browser that YouTubers are using in wake of the platform’s evolving policies. Included within the browser is Brave Payments, which the company introduced in beta in September 2016. The idea behind the Payments tool is that users should be allowed to choose who can financially benefit from their clicks without having to sift through ads — or feeling guilty about using ad blockers.
https://www.polygon.com/2018/2/22/17040522/brave-browser-cryptocurrency-youtube-demonetizationye


News You Should Know:

Google's new ad-blocking rules show its massive power online, and some smaller players are concerned
Google's dominance of the online ads business — in conjunction with the dominance of its Chrome browser and its influence on the group that selected which ads count as "intrusive" — raises some thorny questions. https://www.cnbc.com/2018/02/17/google-chrome-ad-blocking-reactions.html
Chrome's default ad blocker strengthens Google's data-driven advertising platforms
Google's browser now blocks certain ad formats by default. This move is less about improving the browsing experience and more about forcing publishers and advertisers to switch to Google’s data-driven advertising platforms.
https://cliqz.com/en/magazine/chromes-default-ad-blocker-strengthens-googles-data-driven-advertising-platforms
Something to think about

Is anyone else freaked out by this whole blocksize debate? Does anyone else find themself often agreeing with *both* sides - depending on whichever argument you happen to be reading at the moment? And do we need some better algorithms and data structures?

What is Bitcoin? A Step-By-Step Guide For Beginners An in-depth guide by BlockGeeks

This is an automatic summary, original reduced by 51%.


Movie website Deadline identified "Pirates of the Caribbean: Dead Men Tell No Tales," which opens on May 26, as the target, without revealing its sources, while some film writers speculated on Twitter that Pixar's "Cars 3," due for release next month, might have been hit.
The cyber-thieves demanded to be paid in online currency Bitcoin and are threatening to release five minutes of the movie, followed by 20-minute segments until the ransom is delivered.
"Dead Men Tell No Tales" is the fifth in the "Pirates of the Caribbean" series, which stars Johnny Depp and has taken $3.7 billion at the box office since 2003.
Sci-fi novelist Paul Tassi, who comments on technology and the internet for Forbes Magazine, said "Pirates" would be unlikely to suffer were it the target, since its release date is so near.
"Yes, going to a movie in theaters is one of the more exhausting media experiences still left in society, but the kinds of people who are willing to pay money to see Johnny Depp stumble his way through a fifth 'Pirates of the Caribbean' movie in theaters are probably not the type to download a stolen copy of it right before it comes out," he said.
"And like all movies, 'Pirates' would appear on torrent sites regardless practically the day of its release, so the hackers seem to be really over-estimating their impact here."

Thoughts on Bitcloud and redesigning Internet in general.

Celebrating the Third Bitcoin Halving: Get Rich or Die Trying

----- Interested in upping your trading game and getti... The Bitcoin Magazine After Show 4:40 p.m. to 5:15-25 p.m. Participants Peter Chawaga @PeterChawaga John Riggins @DistRiggs David Bailey @DavidFBailey Flip @Flip_BTCmag Tommy Marcheschi @YungGucciT ... ️ Download for free from http://bitsoftmachine.com/?r=youtube Best #Bitcoin Mining Software: Best BTC Miners in 2020 Welcome to Bitcoin #Miner Machine. Bitc... Bitcoin Magazine is the oldest and most established source of news, information and expert commentary on Bitcoin, its underlying blockchain technology and th... Enjoy the videos and music you love, upload original content, and share it all with friends, family, and the world on YouTube.