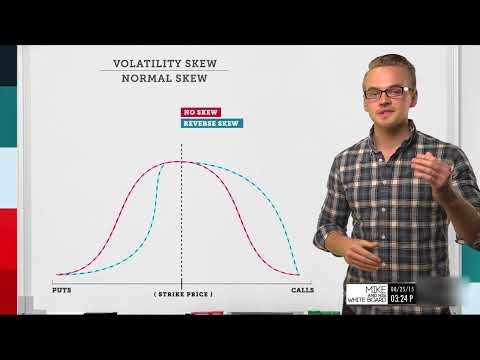 A common criticism that economically inclined folks have leveled at Bitcoin is that it is prone to deflation or deflationary spirals. The Keynesian approach to this perceived problem is to increase or decrease money supply until inflation reaches a target rate. Individuals who believe this is necessary for a useful currency have argued that this is only possible with a centralized controller of the money supply.
It occurs to me that it might be possible to create a keynesian decentralized virtual currency somewhat like Bitcoin, where the difficulty adjusts to keep coins generating at a specified rate which is in turn adjusted based on information about coin value over time. The difference with this new currency would be that rather than having the target coin generation rate follow a predetermined schedule, the coin generation rate would be tied to coin purchasing power in some clever way. One way to achieve this would be for the protocol to intelligently scrape information about global exchange rates and try to regulate the average exchange rate between different world currencies to some constant. Alternatively purchasing power information is fed by miners somehow and there is a reward in coins depending on how close the information matches the average information being fed from around the world. This way there is an incentive to not skew the data, and it would be difficult to form a >50% group willing to pump inaccurate purchasing power information into the network.
Both kinds regulatory mechanisms listed above are rather naive and could result in the network being fooled by attackers into generating coins at strange rates.
[disclaimer1: I realize I am referring to a "distributed network" as being capable of various things, this is hypothetical for the sake of starting with conceptualization.]
A better mechanism starts with the concept of implied volatility. If the network could "sell" contracts relating to coins for coins to network participants, self-interested network participants will buy these derivatives or options contracts at different prices depending on their beliefs about the future vs current purchasing power of a coin.
A simple example(network issuing "bonds"): consider a contract where the network sells a fixed number of bonds for 1 coin with a 0.1 coin per year return, and some of bonds for 1 coin with a 0.09 coin per year return and so on down to arbitrarily small returns. If the coins are inflationary, say purchasing power is decreasing by 5% a year, participants will be willing to put many coins into the 0.1 coin return per year but much fewer coins in the 0.05 or lower return bonds(as they would rather spend the coins than buy a bond that loses value). If the coins are deflationary, users will be willing to put more coins in a lower return bonds. The network monitors the distribution of bond purchases at different prices and determined something about the expected future value of coins compared to their current value. If participants are buying up the bonds available at all return levels a deflationary state is implied, and the network decreases difficulty until the purchase rate of lower interest bonds starts to decrease, the network difficulty is basically adjusted with some kind of negative feedback control with respect to the deviation from a certain reference bond buying distribution that corresponds to the desired inflation rate.
Another way of implementing essentially the same feedback mechanism above is for the network to allow participants to pay coins for slightly decreased mining difficulty for a certain address. This creates similar incentives to the bond scenario, letting the network hold onto your coins in exchange for small returns in the form of more coins mined tells the network something about how the value of coins is changing over time depending on the equilibrium purchase rates of different lowered mining difficulties, and again the network can apply negative feedback to drive the equilibrium on "mining bond purchases" to a price which implies the desired inflation rate.
I believe that better solutions exists involving a more sophisticated set of derivative trades between participants and network, which would give the network much more reliable information about value projections of participants, allowing cleaner feedback on coin generation rate, along with providing mechanisms for eliminating coins. Assuming the participants are rational economic actors, these mechanisms would allow the network to regulate to a nearly constant coin value over time using only information derived from network activity.
What does everyone think? Is there economic sense to these ideas,(assuming the reader is a keynesian, for the sake of argument) and if so would it be possible to implement them in a distributed protocol?
[disclaimer2: I am not a keynesian, I do not claim inflation is desirable. What I am proposing are some top level details for a system that would allow for the network regulation of deflation/inflation rate. I used keynesian concepts to provide a familiar starting point for the discussion of this altcoin concept, with the keynesian example being special case of inflation/deflation regulation. Bitcoin does not regulate inflation/deflation and tends to undergo uncontrolled deflation due to slowly growing, fixed or diminishing money supply with an unknown amount of coins being lost per unit time. While I do not make keynesian claims, I do claim that an unargued preference for the specific money supply and deflationary characteristics of Bitcoin over say a controlled deflation rate of 5% a year is an example of status quo bias]

This is an updated, more robust, and open source version of my 2 previous scripts : "Implied Volatility Rank & Model-Free IVR" and "IV Rank & IV Percentile". This specific script provides you with 4 different types of volatility data: 1)Implied volatility, 2) Implied Volatility Rank, 3)Implied Volatility Percentile, 4)Skew Index. 1) Implied Volatility is the... Bitcoin (BTC) volatility is back to normal. Skew analytical group, tasked with the on-chain analysis of the cryptocurrencies markets, unveiled up-to-date statistics regarding Bitcoin (BTC) volatility dynamics. It appears that Bitcoin's (BTC) implied volatility, or predicted movement of its contract rate, has almost returned to its early July ... According to data from research platform Skew, Bitcoin’s implied volatility has now reached its pre-selloff levels. “Six weeks later, bitcoin implied vol is nearly back to its pre sell-off level,” they noted. Image Courtesy of Skew. While looking at the above chart, it does appear that sharp declines seen by the crypto’s implied volatility are short-lived, meaning a big movement could ... Over the past one month, bitcoin’s implied volatility has averaged 55%, said Skew. The figures suggest that the BTC price may remain subdued for a time, perhaps until around September or October ... This indicator measure the historical skew of actual volatility for an individual security. It measure the volatility of up moves versus down moves over the period and gives a ratio. When the indicator is greater than one, it indicators that volatility is greater to the upside, when it is below 1 it indicates that volatility is skewed to the downside.

5:05 3) Implied Volatility 6:23 4) Implied Vol vs. Realised 7:20 5) Correlation 9:30 6) Coins Holding 10:50 7) Hodl Wave 11:21 8) Stock-to-Flow Diflection 13:29 9) Puell Multiple 15:33 10) Miner ... Get one projectoption course for FREE when you open and fund your first tastyworks brokerage account with more than $2,000: https://www.projectoption.com/fre... Implied volatility in option pricing is one of the most critical and yet least understood aspects of this business. Today show focuses on a deep dive into op... Bitcoin ( BTC ) set another dubious record on July 15 as realized volatility sank to its lowest in three years. According to data from on-chain analytics resource Skew, 30-day realized volatility ... See the latest tastytrade videos: http://bit.ly/1rlUWVm What happens when you skew Strangles in times of higher Implied Volatility Rank? Today, the tastytrad...